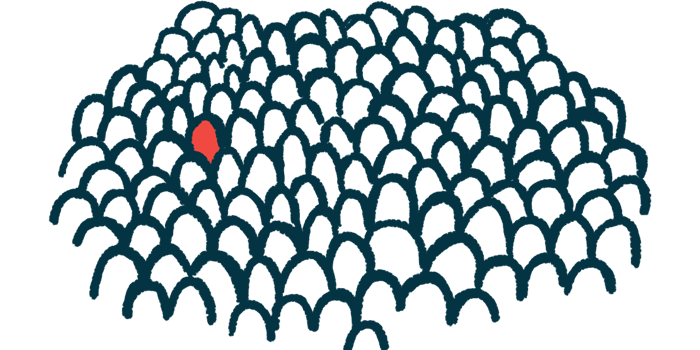 A highly sensitive tool has been developed to help identify patients with familial amyloid polyneuropathy (FAP).

Using a compound score based on clinical symptoms and electrophysiological data, clinicians can now determine which patients should undergo genetic testing.

“This score can be easily performed also during electrophysiological evaluation and can be extremely useful in those [areas] where genetic analysis is not easily accessible,” the researchers wrote.

The study, “A compound score to screen patients with hereditary transthyretin amyloidosis,” was published in the Journal of Neurology.

FAP is an inherited disease caused by mutations in the TTR gene, leading to the buildup of protein deposits, called amyloid fibrils, mainly in the heart and peripheral nervous system — the network of nerves found outside the brain and spinal cord. Over time, amyloid fibril accumulation damages nerves and other tissues.

A few therapies, such as Onpattro (patisiran) and Tegsedi (inotersen) have been developed to manage symptoms and prevent amyloid deposits from building up. Starting these treatments early is generally associated with better clinical outcomes.

However, a FAP diagnosis is often delayed, which affects an early treatment start. According to clinicians, diagnosis is difficult because symptoms are similar to those of other neuropathic disorders. In fact, misdiagnoses occur in 32–74% of cases.

A team of researchers in Naples and Rome optimized a score using clinical and electrophysiological information to determine which patients with peripheral nerve damage should be screened for FAP.

Clinical and electrophysiological data from 35 patients with confirmed FAP and 55 with chronic idiopathic axonal polyneuropathy (CIAP), a similar disorder which has an unknown cause, were retrieved and analyzed.

Age of disease onset was later for FAP patients than for those with CIAP (64.3 vs. 58.2 years) and disease duration was similar for both (about four years).

Motor symptoms and a history of carpal tunnel syndrome — a condition characterized by pain, numbness in the hands and arms — were more frequent in FAP patients than in those with CIAP.

Sensory symptoms (tingling and numbness), autonomic symptoms (erectile dysfunction, gastrointestinal and sweating problems), and walking impairments were also assessed, but no clinical differences were found between the two groups.

Electrophysiological analysis, which evaluates the health of muscles and the nerves that control them, showed that FAP patients had lower amplitude of sensory action potential (SAP) and compound muscle action potential (CMAP) in all examined nerves. These included the tibial nerve in the lower leg and foot, and the median and ulnar nerves, in the arm and hands.

A score incorporating both clinical and electrophysiological data was then generated. The score ranged from zero to 12 and was made up of seven items: motor symptoms, carpal tunnel syndrome history, median SAP, ulnar SAP, median CMAP, ulnar CMAP, and tibial CMAP.

The team determined that a score of five and higher was a good cutoff value to separate FAP patients from those with CIAP with 96.6% sensitivity and 63.6% specificity.

Findings showed that 96.6% of FAP and 36.4% of CIAP patients had a total score of five or more points. Higher total scores indicated the presence of more clinical and electrophysiological anomalies.

Also, among patients with a short disease duration — two years or less — those with FAP had a higher score compared with those with CIAP (7.4 vs. 4).

“Our compound score is a quick, easy and effective screening tool,” the team wrote. “Applying our score to patients with sensory-motor neuropathy, clinicians could easily establish if patients deserve TTR genetic analysis,” they wrote.

The research team said larger studies in which patients are followed over time are necessary to confirm these results.